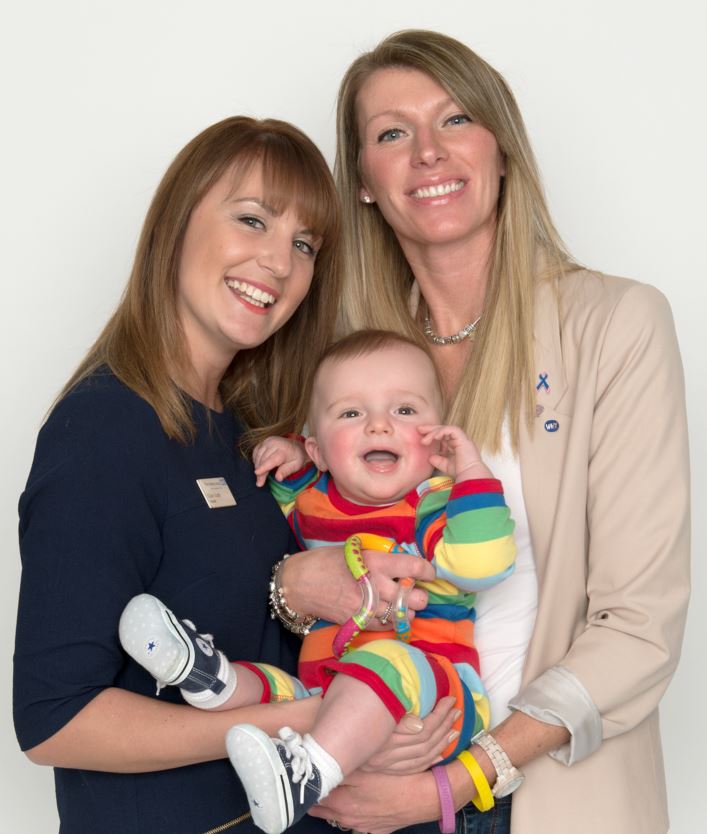 Community Midwife Claire South has won a prestigious midwifery award for being a ‘guardian angel’ to a mother throughout two pregnancies.

Claire has been awarded ‘Emma’s Diary Mums’ Midwife of the Year 2016’ for the Midlands and East Region as part of the Royal College of Midwives’ Annual Midwifery Awards.

Claire was nominated by Lucy Goodway who was helped by Claire throughout two of her pregnancies.

Claire sadly discovered Lucy’s baby had no heartbeat in July 2014. Claire stayed by Lucy’s side following the stillbirth to remember her baby and support her family through such a difficult time.

Seven weeks later Lucy discovered she was pregnant again and was terrified about what was to come but Claire’s support and encouragement is what got her through the pregnancy.

Lucy said, “Claire really looked after me and gave me so much hope for the future after my loss. She really did go above and beyond throughout both of my pregnancies.”