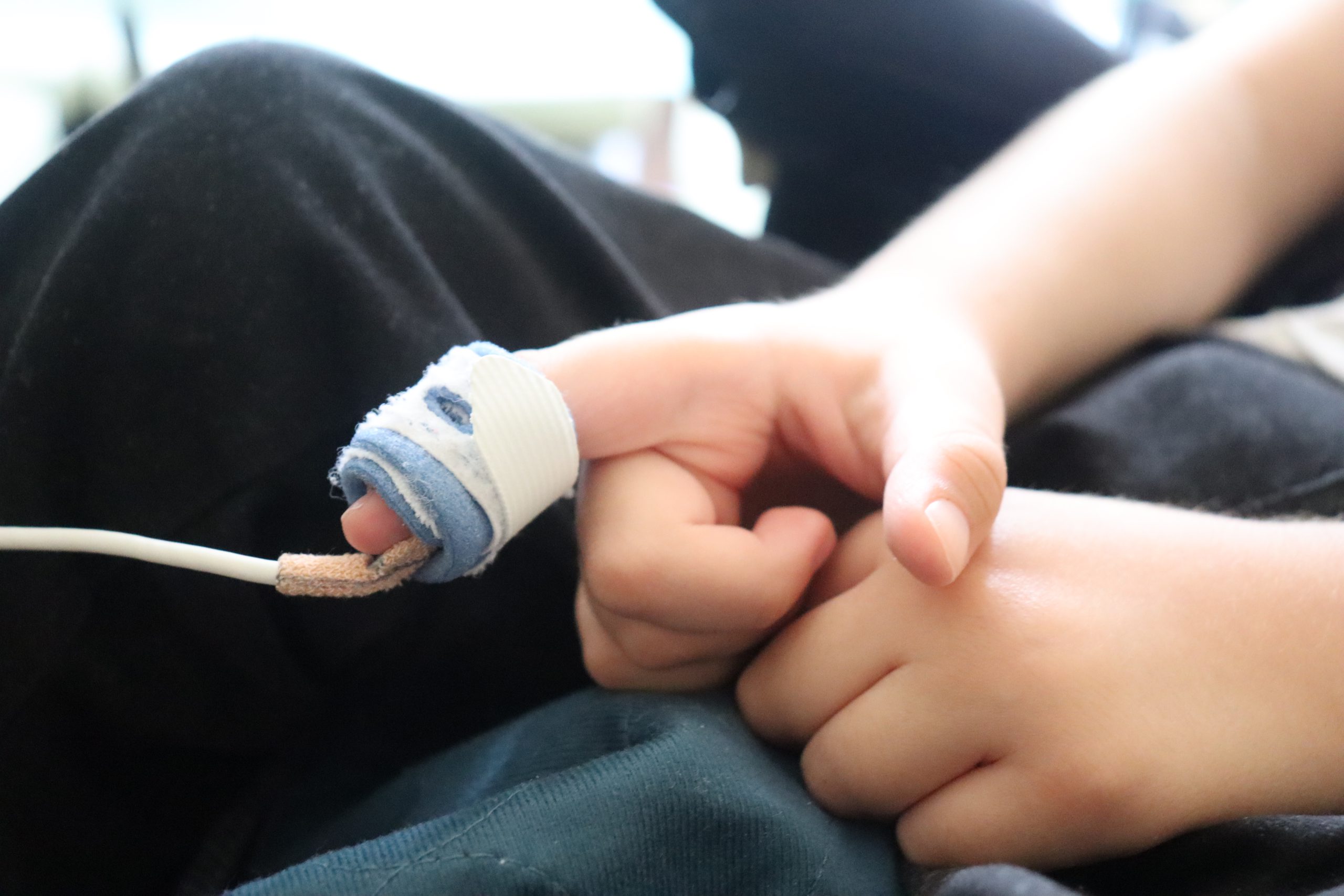 The Dudley Group Foundation Trust is thrilled to announce that they have been selected as finalists for a prestigious Royal College of Nursing (RCN) award for their innovative Paediatric Virtual Ward that allows children to be safely cared for in their own home and avoids them staying in hospital longer than they need.

The first of its kind in the UK, the Paediatric Virtual Ward aims to further provide outstanding care to young patients and children. Patients who would otherwise be treated in hospital, are able to be treated in their homes, enabling earlier supported discharge and reduce admissions, all whilst maintaining specialist care.

The trailblazing program, which to date is completely unique, has been driven by the children’s services team at Russells Hall Hospital with the support of Black Country and West Birmingham CCG.

Patients who are identified as needing to be monitored whilst not requiring acute care are able to return home, where their family or carers can comfortably monitor and share their vitals through NHS issued tablets that provide consistent contact with the hospitals Virtual Ward team. Regular telephone contact is also maintained, and community care where suitable.

One local mum, Anum Shazady, who uses the virtual ward for her son, said, “Now my son is on the virtual ward I can record his observations as many times as I want throughout the day, recording them onto the virtual ward pad and a member of staff calls me twice daily which reassures me that he is safe in our home environment.

“The new virtual ward is great for me and my family as it stops my son staying in hospital longer than he needs.”

Since its launch, the Virtual ward has reduced the length of hospital stay by an average of three days per child. Parents and carers now feel fully supported when caring for a sick child at home as they have direct access to specialist nurses and doctors.

This has reduced the need for GP appointments and the use of emergency services. Families and carers are relieved they can stay in their homes, and they are empowered to be able to look after their child with the reassurance of having access to specialist support.

When speaking of being nominated for the Child Health award, the Trust’s head of children’s services Karen Anderson said, “We are thrilled that our virtual ward program has been recognised by the Royal College of Nursing and that the phenomenal work of our paediatrics team is being highlighted in such a way. This ground-breaking project is something that will pave the way in giving assurance to other paediatric teams about the solutions out there to further elevate patient care and support.”

The Dudley Group has utilised this opportunity to share their findings, and there has been considerable interest to date in The Dudley Group’s paediatric virtual ward model, and it is now being adopted by the remaining three acute trusts’ paediatric services within BCWB CCG: Sandwell and Walsall and Wolverhampton.

Chief Executive for The Dudley Group, Diane Wake said, “We are so proud of our paediatric team being announced as finalists for such a well-respected award. The virtual ward is just one way the team are supporting children and their families, and it also demonstrates this Trust’s dedication and commitment to service innovation and building a workforce for the future.”

The finalists will now present their initiative to a panel of judges in July, and the winners will be announced at The RCN Nursing Awards, taking place in London during October 2022.