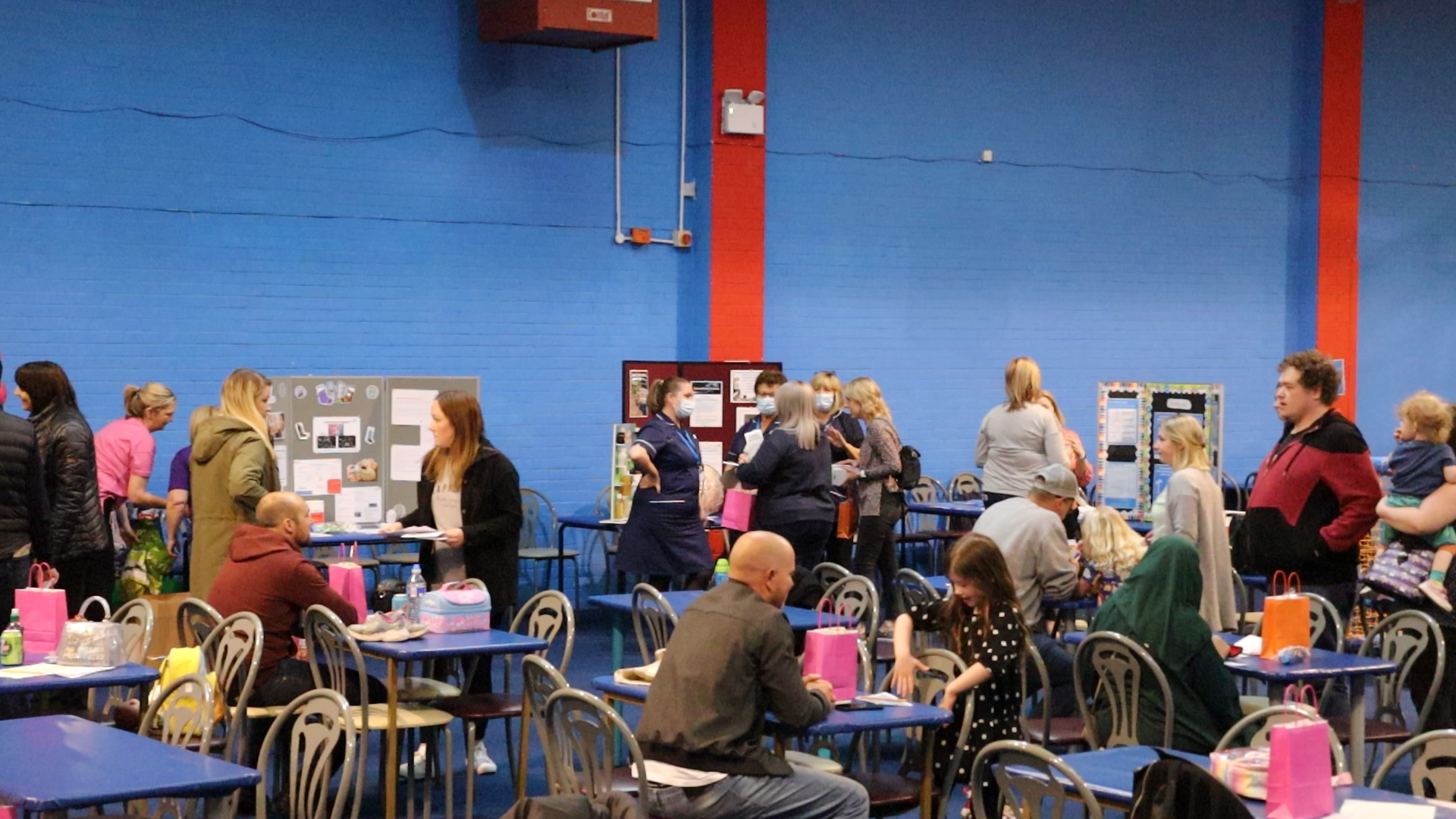 This World Asthma Day (Tuesday 3 May), health chiefs in the Black Country and West Birmingham are raising awareness of the signs and symptoms of asthma.

World Asthma Day is organised by the Global Initiative for asthma, which aims to improve asthma awareness and care.

Asthma is a common lung condition that causes occasional breathing difficulties. It affects people of all ages and often starts in childhood, although it can also develop for the first time in adults.

The main symptoms are a whistling or wheezing sound when breathing, a feeling of breathlessness, a tight chest and coughing. The symptoms can sometimes temporarily get worse and this is commonly known as an asthma attack.

Ahead of World Asthma Day, a special event was held by Dudley Group NHS Foundation Trust for parents and carers of children living with asthma. The event – held in a children’s activity centre – provided an opportunity for parents to speak with specialists and learn more about their child’s condition, while their child played nearby. You can watch a video from the event on YouTube here.

Emma Harriman, George Coller paediatric respiratory nurse, Dudley Group NHS Foundation Trust, said: “Our paediatric respiratory team wanted to provide an innovative approach to bringing asthma education and care into the community. Hosting the event at a local soft play centre allowed the children to have fun whilst the parents were able to talk to a variety of professionals as well as meet other families. We provided education on a range of issues that would impact children with asthma and their families, including inhaler technique and how to avoid triggers.”

Mum-of-two Stephanie Bagley from Rowley Regis attended with her six-year-old daughter Darcey. She said: “We first noticed Darcey’s issues with her breathing when she was 18 months old; we ended up in hospital about eight times in the space of six months. It’s under control now although she does still have episodes, but we know what we’re looking for so we try to treat it at home first using the plan we’ve been given.

“I saw the event advertised on social media and just thought it would be a really good opportunity to come and speak to people who know a bit more about asthma than I know. All I know is how Darcey is and I’m constantly thinking, ‘am I doing it right?’ or ‘am I doing the right thing?’, so speaking to people has been really helpful and hearing other people talking about what they’ve gone through too.”

Lauren Caswell, 33, from Sedgley, also attended the event with her four-year-old daughter Everley and said: “Everley first started having symptoms when she was around one. She started off with a little bit of breathlessness, tugging at her throat, difficulty breathing and it went on from there. I’m a nurse myself so I knew the symptoms and we ended up with a 999 call and attending A&E.

“Everley’s asthma doesn’t affect us every single day with symptoms, but it’s always in the back of our mind. Her triggers tend to be more weather related so if it’s really cold or really wet and windy, we tend to be more aware and look out for the signs of an episode coming on.

“With breathing, if anyone has got any issues just get medical help straight away, don’t wait. If they’re really struggling to breathe obviously you call 999, or if it’s out of hours and you think it’s not an immediate emergency, call 111. If it’s within hours, you’ve got walk-in centres and GP surgeries, there’s lots of place you can go.”

Jessica Blakeway from Rowley Regis brought her six-year-old daughter Amelia to the event. She said: “Amelia had her first asthma attack when she was three months old which was really scary. She had to cough to get air and you could see she was struggling to breathe so we ended up calling 999.

“She’s now six and we have an asthma plan that we follow to help manage her symptoms. We struggle to see family members if they smoke or have pets as we find that affects her breathing, so we did isolate ourselves as a family for a long time. Now it’s well monitored we can go and see family, which has really improved her life.

“Because I’ve got asthma too, I’m able to keep an eye on Amelia’s breathing as we’ve got very similar traits. I’m very fortunate to have knowledge of it but I would say to other parents who don’t know about it to go and seek advice. Go to your GP, go to your pharmacist, look it up: asthma is a killer. It takes lives: just don’t risk it.”

“People with asthma have inflamed airways that narrow and tighten during an attack, restricting the amount of oxygen that can reach the lungs. Whilst there is no cure, there are simple treatments that can help keep symptoms under control so it has less impact on your life.

“Everyone’s asthma is different and people may have several triggers. One of the most common triggers is having a cold or flu, while others include exposure to air pollution, tobacco smoke, house dust mites, animal fur, or grass and tree pollen.

“Whilst the severity of symptoms varies from person to person, asthma is a serious condition so it’s really important that you don’t ignore symptoms and seek medical advice straight away if you’re concerned.