The University of Worcester graduate from Stourbridge was presented with the ‘Best Craft Award’ for her film ‘The Gift of Life’ by Councillor Pete Lowe at a presentation at Russells Hall Hospital. 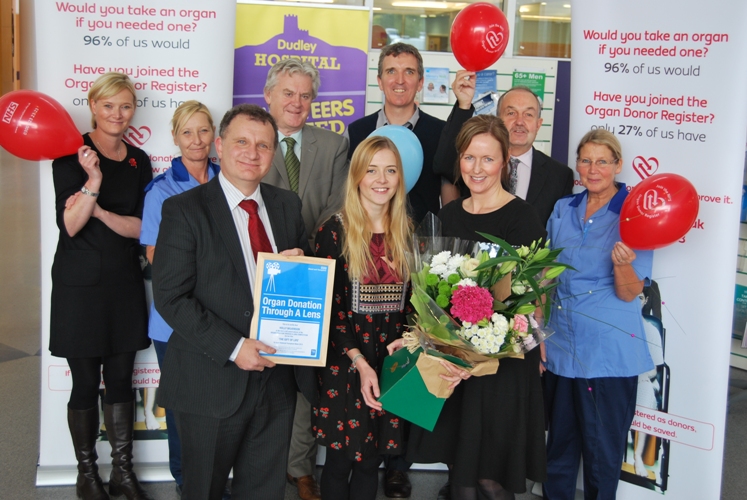 The presentation was attended by members of The Dudley Group’s organ donation team, Deputy Chairman David Badger, and Councillor Steve Waltho who is also Chairman of the Trust’s Organ Donation Committee.

Councillor Lowe said: “Winning this award is not only a fantastic achievement for Holly but also demonstrates a huge stride towards putting Dudley on the map.

“Holly has done an excellent job in encouraging people to sign up and become organ donors.”

Holly entered her film in the ‘Organ Donation Through A Lens’ short film competition run by NHS Blood and Transplant earlier this year.

Holly’s film can be seen on YouTube at: youtube.com/watch?v=PHfhTfx3XjM.

A nurse at The Dudley Group has undergone a major operation to provide her niece with a life-saving kidney.

Maudie McHardy, the Trust’s Occupational Health Nurse Manager, endured a four hour operation to donate one of her kidneys to her niece Maria – who has been on dialysis for 15 years.

Nineteen-year-old student Maria, who has a rare genetic condition which affects her kidneys, travelled from her home in Malta for the life saving operation in May 2013.

Despite spending five days in hospital and a further three weeks recovering at home, Maudie says giving the gift of life is the best thing she’s ever done. 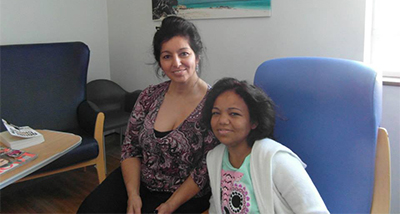 “It really is the most satisfying and amazing thing you could ever do in your life, but being a living donor is something you have got to think about very carefully.

“Something you can do however is join the organ donation register, and I’d encourage everyone to take five minutes to sign up – you could end up saving a life like Maria’s.”

Julian Sonksen, Clinical Director for Surgery and Anaesthetics and Clinical Lead for Organ Donation, said, “Although organ transplantation is one of modern medicine’s greatest achievements it is completely dependent on the generosity of donors and their families who are willing to make this life-saving gift to others,”

“Deciding to become a living donor is a very special individual decision. Joining the NHS Organ Donor Register is different to this but means you can let your organs help others and even save lives after your death.” 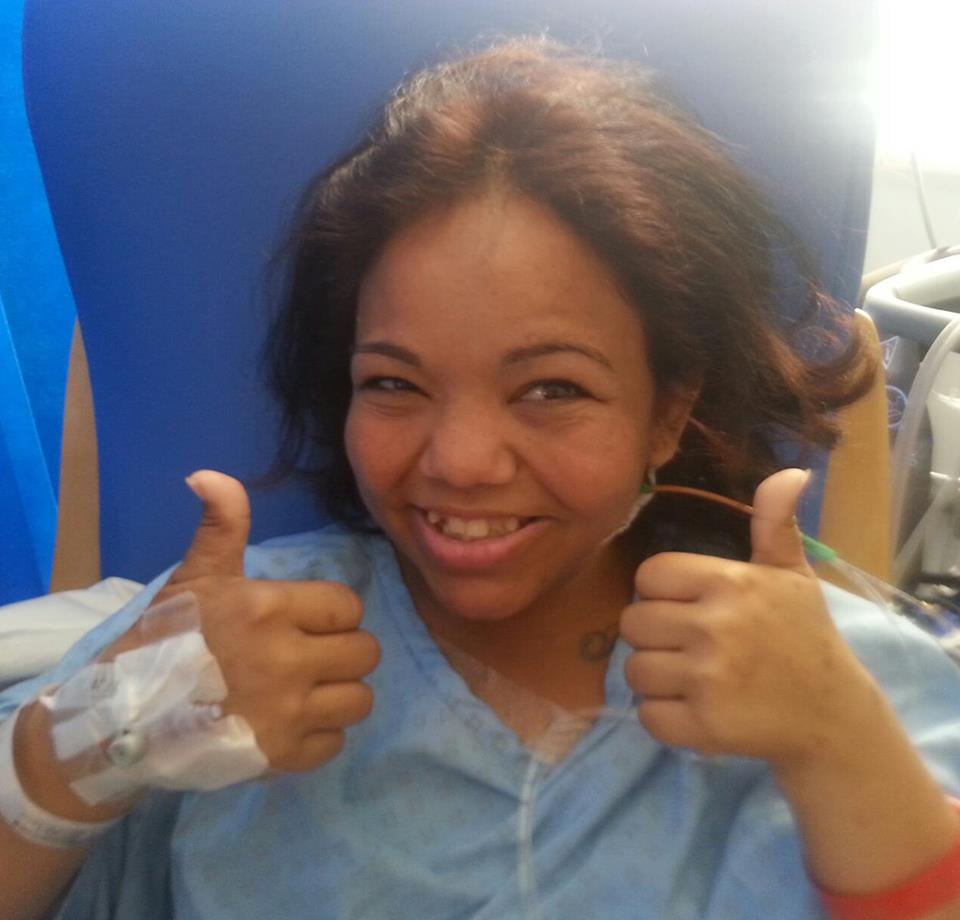 Maria Agius was born in Malta with congenital nephrotic syndrome – a rare genetic condition which can often result in infection, malnutrition, and severe kidney failure. The condition is caused by a defect in a protein found in the kidney and many of those suffering with the nephrotic syndrome die during their childhood. Although Maria’s condition didn’t prove fatal, her kidneys were severely affected, leaving Maria with kidney failure.

Maudie said she couldn’t bear to see her niece suffer for the rest of her life and decided that she would donate one of her kidneys.

“As the years went on I became more and more sure that giving Maria one of my kidneys was the right thing to do.

“Every visit to Malta to visit Maria left me heartbroken – everything she did was so restricted and she couldn’t enjoy her life like other children her age.”

“Her condition meant that she always felt tired, worn out and exhausted. Her growth was stunted, she had to constantly monitor her food and drink intake, and she was constantly on dialysis.”

“Of course Maria tried her best to not let it get in her way, but there were lots of things she simply couldn’t do.”

On May 1st 2013, sixteen years after the original transplant attempt, Maria successfully received a kidney from her aunt Maudie and is now recovering well.

“I now have the energy and the freedom to do what I want to do without worrying about where the nearest dialysis unit is located” said Maria.

“I have to remember that I still have to be very careful and of course I have to take anti-rejection drugs for the rest of my life, but my life has changed completely for the better and I will be forever grateful to my auntie!”