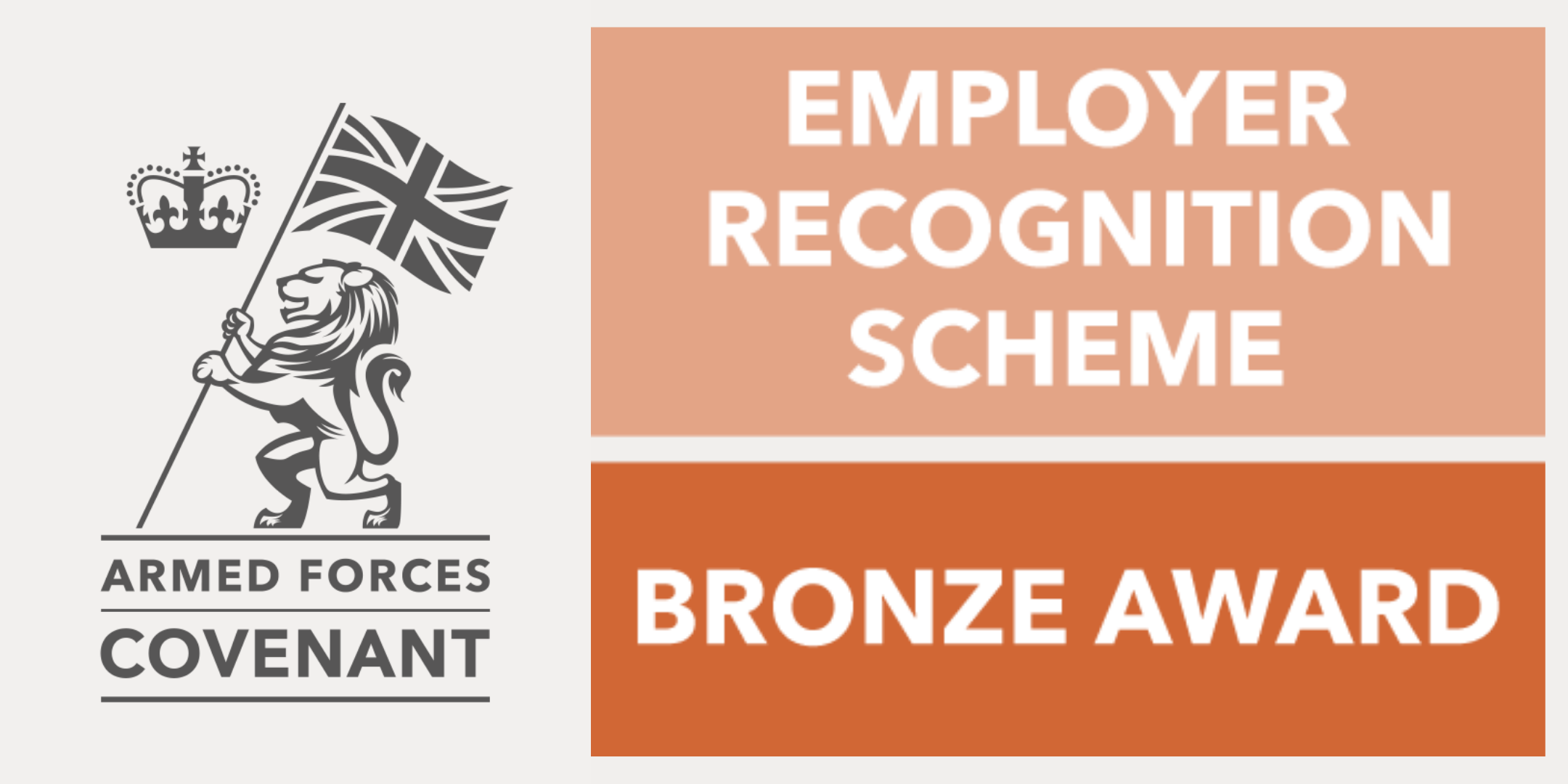 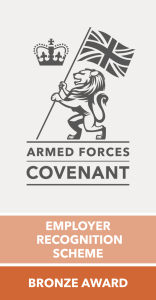 As a Trust, we are delighted to have been awarded the Bronze Award from the defence employer recognition scheme (ERS). The ERS encourages employers to support defence and inspire others to do the same. The scheme encompasses bronze, silver, and gold awards for employer organisations that pledge, demonstrate or advocate support to defence and the armed forces community, and align their values with the Armed Forces Covenant.

As we have been awarded the bronze award, this means that we pledge to support the armed forces, have signed the Armed Forces Covenant, promote being armed forces-friendly and are open to employing reservists, armed forces veterans (including the wounded, injured and sick), cadet instructors and military spouses/partners.