Committed to Excellence 2019 – The Winners! 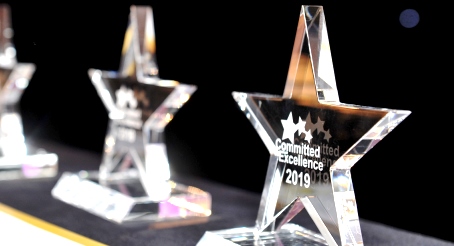 A Pets as Therapy dog and her owner were among the winners at a glittering awards evening for healthcare staff and volunteers. 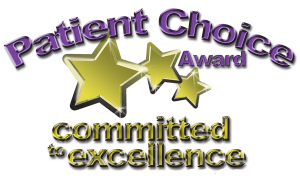 Molly and Geoff are regular visitors to Russells Hall Hospital, helping patients forget their pain and discomfort. One person who nominated them described Molly as ‘a bouncing ray of sunshine’.

Other winners included the Trust’s new cardiac assessment unit, which picked up the Team Excellence trophy, and the specialist palliative care team, who won the Medical Director Award.

The learning disabilities liaison team, who were also winners at the 2018 Nursing Times Awards, were presented with the Chief Nurse Award.

Another very popular winner was volunteer Avtar Bansal, described in his nomination as a true gentleman known for his lovely smile. He won the The Steve Ford Volunteer Award, newly renamed in memory of the long-serving volunteer who died last year.

The Trust’s chief executive, Diane Wake, said: “Committed to Excellence is always a highlight of the year and a chance for us to celebrate the hard work and dedication of our staff – and volunteers.

“It is always difficult to single out teams and individuals because we have so many wonderful nominations which reflect the breadth of great work in the Trust, so very many congratulations to all our winners.”

In all 21 trophies were presented at the ceremony, which was hosted by BBC news presenter Nick Owen, and attended by MP Mike Wood and the Mayor of Dudley, Councillor David Stanley, and his consort, Councillor Anne Millward.

A raffle raised £800 while an auction brought in another £600 for the Trust’s charity.

Thanks go to the main event sponsors Interserve.

Photographs of the winners can be viewed at www.dgft.nhs.uk