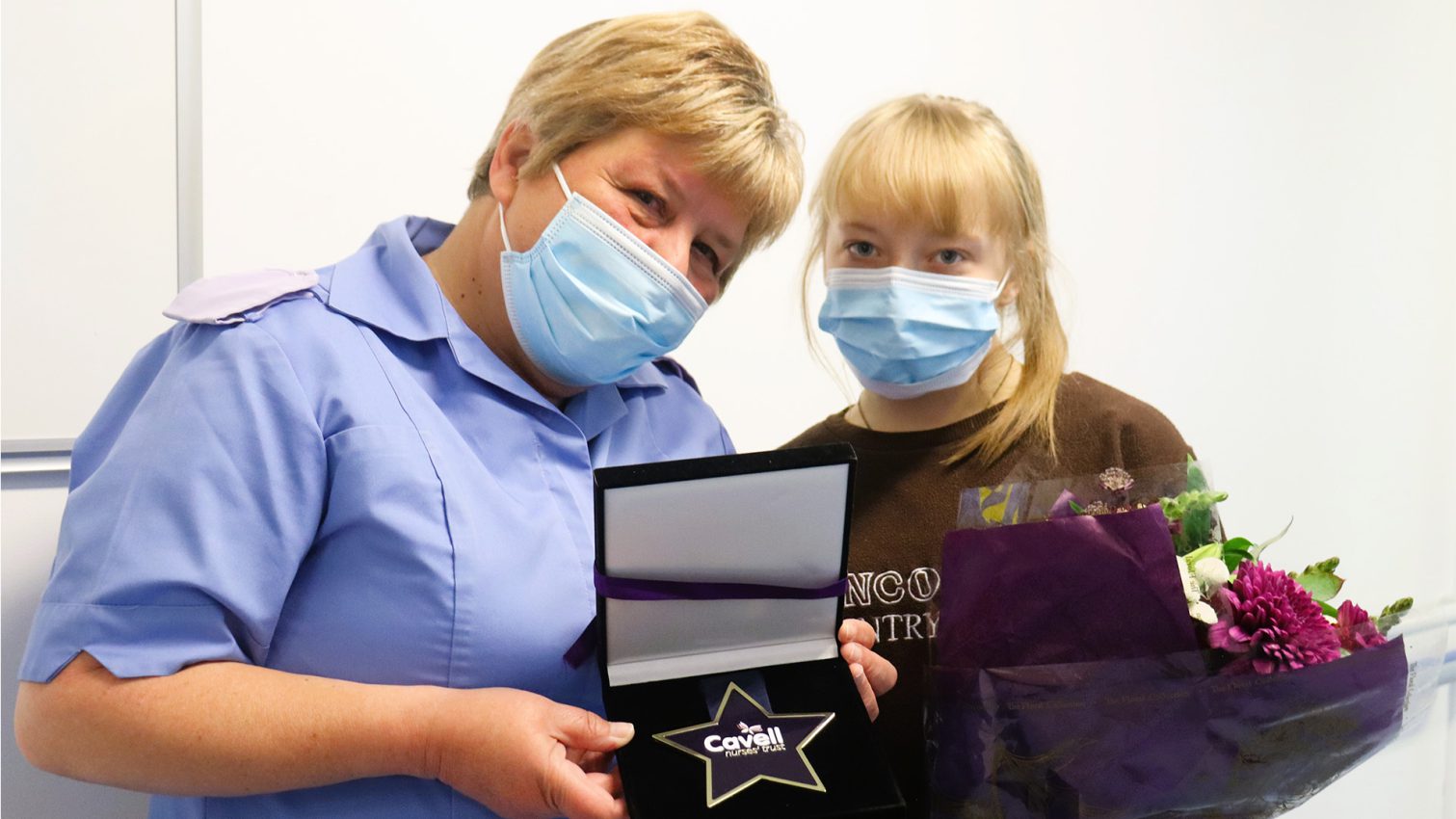 One of our renal assistant technical officer’s has won a national award after being nominated by one of her patients for going above and beyond in her role.

Dawn Nixon received the Cavell Star Award having been nominated by 17-year-old Paige who is undergoing dialysis and learning about hemodialysis in the home. Dawn has been training them in the preparation and her high level of care prompted the nomination.

Paige’s mum Laura said: “Dawn goes above and beyond for her patients who are undergoing dialysis and nothing is ever too much trouble. Paige has seen so many health professionals over the years and we have never been treated with as much compassion as we have by Dawn.

“She is a true role model to my daughter and motivates her on every session, she is a real asset to the Trust.”

The Cavell Star Awards is a national programme that celebrates the dedication of nurses, midwives, nursing associates and healthcare assistants and recognises the care they provide to patients and families as well as colleagues.​