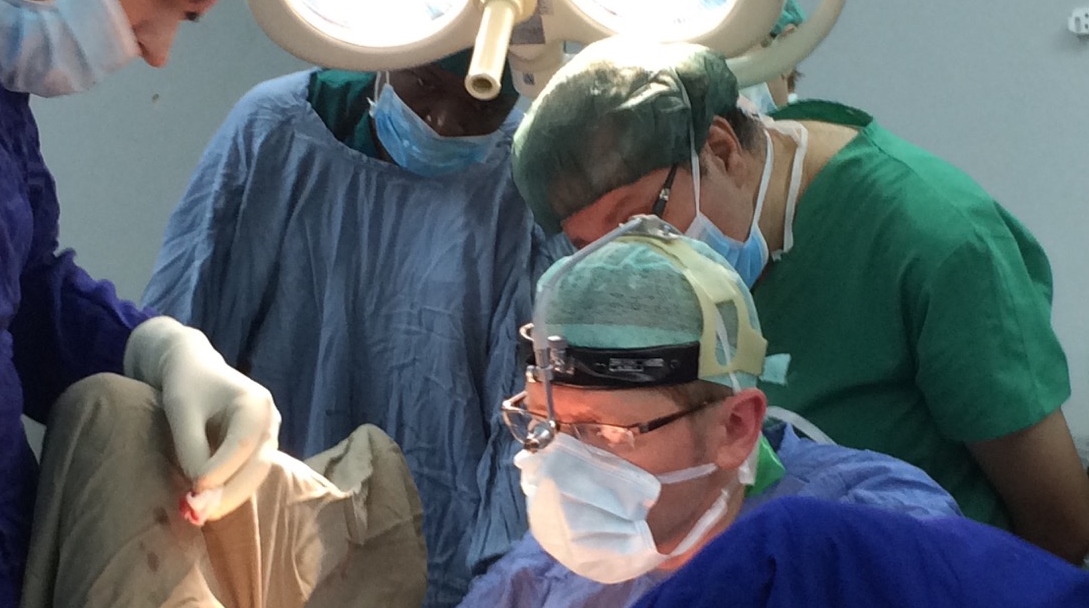 Consultant Urologist Mr Paul Anderson, known for his appearances on TV’s Embarrassing Bodies, visited Lusaka as part of a three year programme to train surgeons in how to perform urethroplasty, an operation to correct narrowings of the water pipe (urethra).

The project, organised by UroLink, a charitable arm of the British Association of Urological Surgeons (BAUS), saw Mr Anderson teach local teams how to treat urethral strictures (narrowings) which are much more common there and have a huge impact on an individual’s ability to work and provide for their family.

Mr Anderson carries out hundreds or urology procedures every year, but working and teaching in Zambia was an entirely different challenge.

“There was a risk that we could lose electricity during an operation. The supply of water was also a problem, so they have a giant water barrel ready for that eventuality. When that failed, we had to open bags of intravenous saline just to wash our hands and clean the instruments.”

Despite a population of 14 million, Zambia has just three consultant urologists and one Urology Department. Whilst men in the UK can choose see a doctor as soon as they have trouble going to the toilet, men in Zambia have usually developed severe kidney problems by the time they seek medical treatment.

As well as returning to Zambia in the near future, Mr Anderson is embarking on a similar project in Ethiopia later this year.