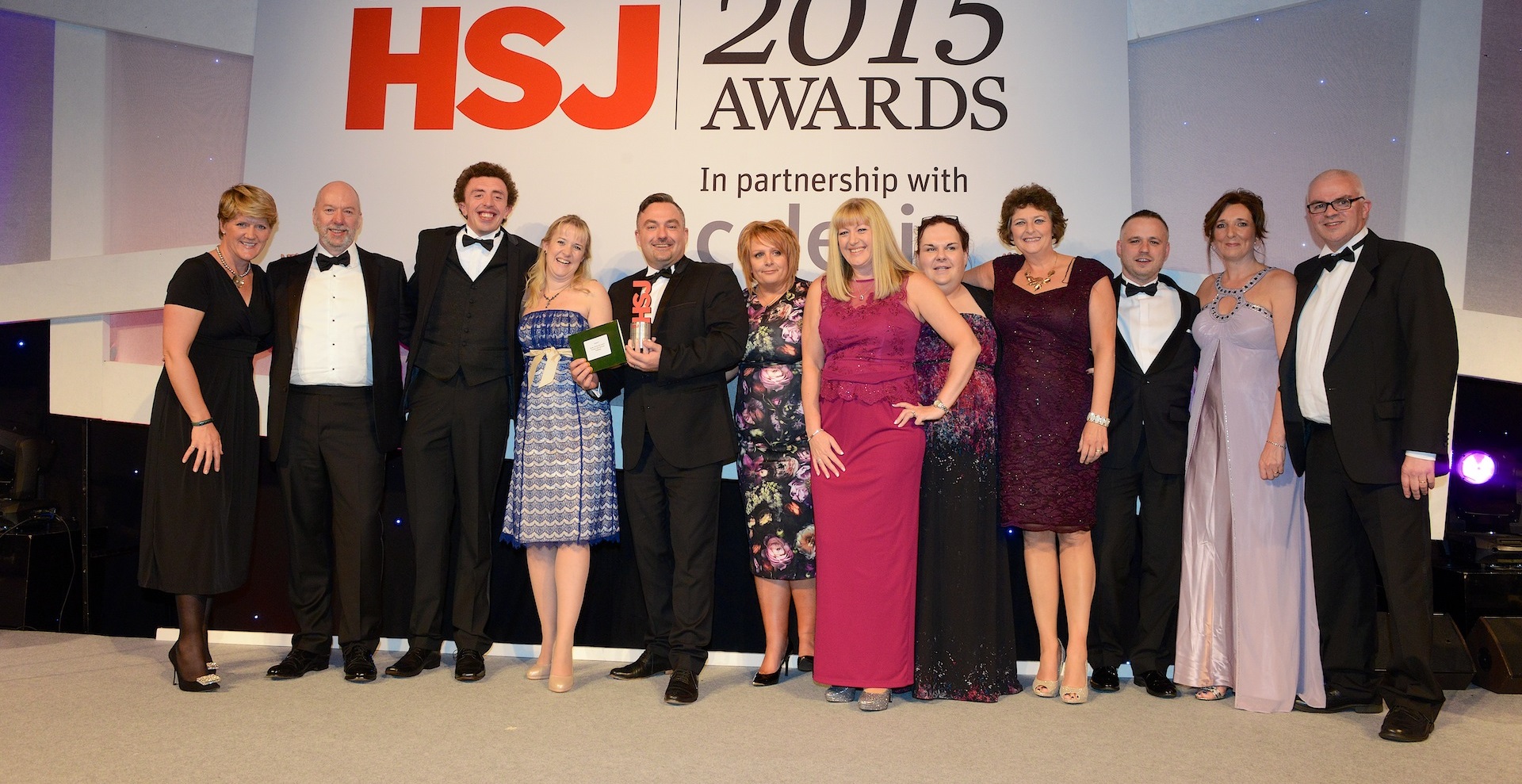 The Dudley Group has won a Health Service Journal Award for its amazing work in improving patient flow and consistently exceeding the 4-hour A&E target.

A team of representatives from across the Trust received their prestigious award for Acute, Community and/or Primary Care Services Redesign at a ceremony at the Grosvenor House Hotel in London last night (Wednesday).

Paul Bytheway, Chief Operating Officer, said he was delighted that Dudley’s success had been recognised at such a high level.

“This award is testament to the truly tremendous efforts and hard work of staff across all areas of the organisation who have pulled together to make this success possible.”

“Making sure we’re able to treat and care for emergency patients in a timely manner is no single team’s responsibility, it relies on everyone working together, both in hospital and in the community, and so this achievement really is one for the whole Trust to be extremely proud of. Well done everyone!”

The success came after a very difficult winter in 2013/14 which saw hundreds of patients waiting longer than four hours to be seen in A&E, staff under severe pressure and the Trust consistently failing to meet the four-hour A&E target.

Determined not to repeat the same experience the following winter, the Trust started on its mission to rethink and redesign the way it dealt with an ever increasing number of patients and improve the working environment for staff.

After much hard work across the organisation, The Dudley Group bucked the trend and now consistently exceeds the four-hour A&E target. The Trust has been the best performer locally since January, has been one of the top three trusts nationally since June and was number one in the country in Quarter 1 (April-June) of this year, with more than 99% of patients seen, treated, admitted or discharged within the government set target of four hours.