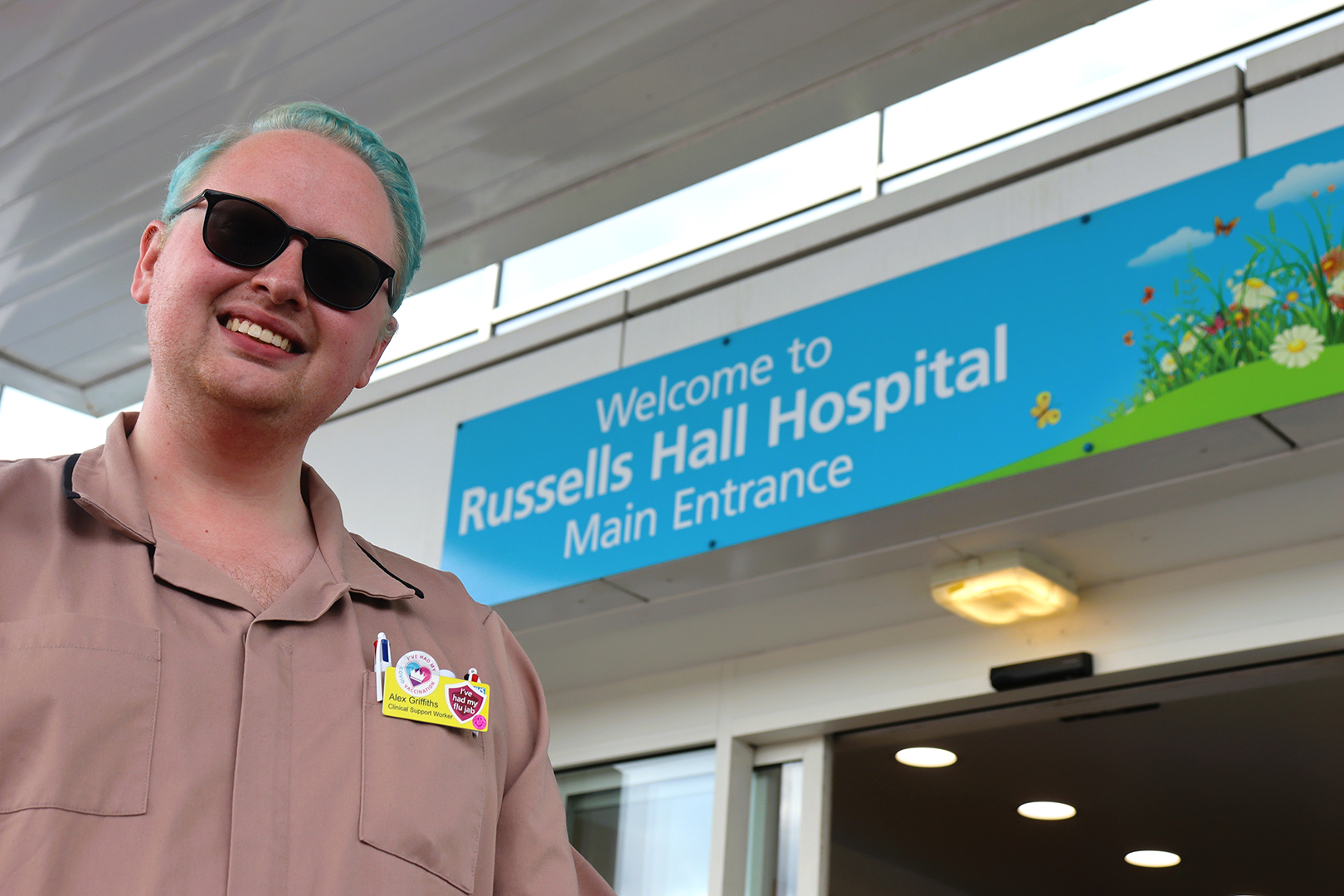 A Dudley Group NHS Foundation Trust employee has been revealed as an honouree in the Queen’s birthday honours list.

Alex Griffiths, 22, from Dudley, will be awarded a BEM in the Queen’s honours after being recognised for his dedication and commitment to helping COVID patients during the pandemic. He is also a long-term carer having cared for his mother, who has multiple sclerosis, since he was five, and later caring for his grandparents also.

Joining an apprenticeship scheme at Russells Hall Hospital in 2019 as a clinical support worker, Alex’s day to day role involved end-of-life care and supporting seriously ill patients in what could be their final moments. He said care is “a lifelong career” which is extremely rewarding as it gives him the chance to make “somebody smile”.

Now studying for a degree in Nursing, Alex is part of the Trust’s staff bank scheme where he works as a clinical support worker, primarily in the children’s Emergency Department.

“I firmly believe caring is in me and in the fibres of my being, without trying to sound too cheesy. It’s what I’m here to do, it’s what I’m on the planet for, and I’m grateful to have found a purpose that brings me such joy!

“Whilst I still feel I have so much more yet to learn, being able to come to work every day happy to be here and enjoying my job isn’t something I take for granted. I give it my best shot to try and help people the best I can.”

As one of the youngest recipients on this year’s honours list, Alex juggles his role as a clinical support worker with studying for his degree, volunteering at his local radio station and caring for his mother.

Recalling when he received his letter telling him he had been awarded the honour, he said “I am still completely in shock, it doesn’t feel real! I’m still waiting for someone to tap me on the shoulder and say it was all a dream!

“I’m so thankful to have been honoured in such a way, and I wouldn’t be in this position without all the amazing people who I have worked with over the years here at The Dudley Group and Russells Hall Hospital. Caring for others starts at home, but it is also the heart of everything we do here at the NHS.”

The British Empire Medal (BEM) is a British and Commonwealth award for meritorious civil or military service worthy of recognition by the Crown. This year’s honourees announcement has coincided the Queen’s Platinum Jubilee celebrations taking place this week.

For now, Alex and his family are still taking in the fantastic news, but he looks forward to visiting Buckingham Palace later this year for a garden party with the other recipients.