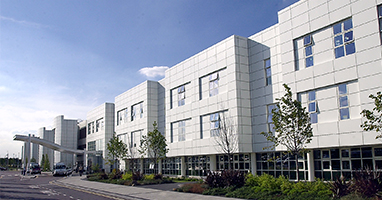 A patient contracted Tuberculosis (TB) prior to their admission to hospital. It was not contracted in the hospital. The vast majority of people contract TB in the community.

TB is predominately contracted from other people who have the disease. TB is treatable and can lead to a full recovery.

The patient had a previous admission to hospital for an unrelated medical complaint. The patient was diagnosed with the disease on a subsequent hospital admission. As soon as the diagnosis was suspected, the patient was treated in line with national policies and procedures.

In line with national guidance, set out by Public Health England, when an individual is confirmed to have TB, we routinely get in touch with the people a patient has come into contact with giving details and information should they have any concerns. We also contact their GP to ensure that key individuals are aware to provide support if it is required.

It is very important to say that the risk to other patients who were on the same ward as the patient with TB is minimal. We have only contacted them as a precautionary measure.

If patients haven’t had a letter from us, they have not had any contact with the patient and should not be concerned.

Patients who have received a letter have been given a contact number to ring if they are at all worried.

Multiple meetings take place within the hospital to oversee infection, prevention and control and ensure high standards are maintained.

The Trust closely monitors infections acquired in hospital; no further cases of TB have been identified in the hospital at this stage.